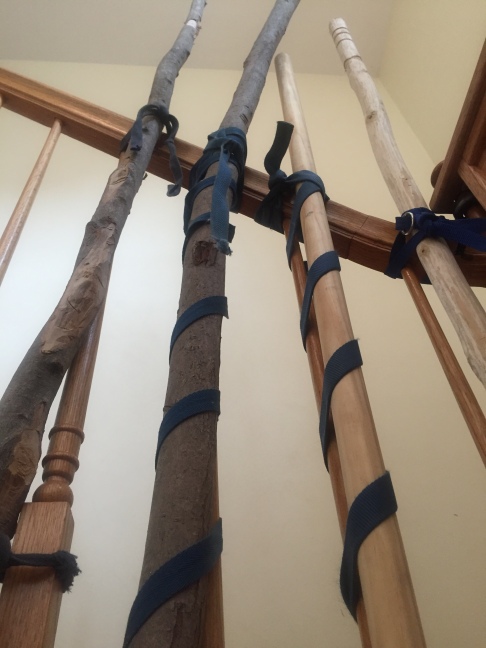 End of summer. August  crackles into September. The burnt, weedy lawns and tired, browning woods of Maryland get a reprieve while the September 1st rain falls gently over everything today.

What a summer it has been! Full of rich and varied experiences, some colorful, some painful, some just satisfying — like fruits ripening in the garden (those the chickens don’t get), as the dry and dusty summer finishes off.  Sweet in the mouth, sweeter still in the remembering.

And how glad I am to return to my old schedule! And to grab onto it, to save me from being swept away in the flurry of moving out as Owen’s brother and sisters return to their schools, colleges, dormitories, and apartments. We love them, but increasingly The Return of Loved Ones means chaos as much as delightful family time. It’s always temporary. And temporary is hard. Goodbye is hard. Being second-best is hard.

I must be getting old and rigid.

Owen celebrated his 23rd birthday this August with previously undreamed of feats of athletic prowess.  Maybe he was inspired by the Olympic Games.  The solid wooden gate that his dad and I had built into the stairs early this summer only confounded him for about four weeks before I discovered him on the other side of it early one morning, arms laden with plastic. The idea of course was to keep our early riser safe and upstairs and out of the refridge in the wee small hours of morning.  It is oak, very solid and beautiful, and carpenter Michael Kaub put hours of careful thought into its design.  Mr Kaub tried to anticipate how Owen might try to defy the gate, and built it to withstand that assault.

Owen however does not operate by assault. (Unless it’s the plastics community speaking – and they have a point.)  He is not a ruffian. He schmoozes. He prowls. He persists.  He snatches.  And, apparently, he climbs.

Not easily to be bested, Owen’s father took  the walking staff collection, summering on our front porch, and lashed those poles to the first three palings of the ascending staircase above the gate.  That upgrade (?) bought us another week of peace.

And then one morning, there was Owen, outside the gate…

So, Edward re-lashed those poles, higher up the banister! (There! Ha!!)  Well. That might have lasted a night before Jack Be Nimble risked life and limb in a continuing bid for freedom.

And this is where it stops, because much as I like to encourage athletic activity in all my family, and much as I am impressed with the determination and stubbornness of my “low-tone” son (!), the result in case of error on his part could be very painful.  Anyway, the whole failed point of that gate was to contain the guy.

Kathie, Owen’s regular sitter, a mother and grandmother and experienced caregiver, wondered about how likely it was that Owe might try to go down the outside of the entire staircase as we began to build.  Yep – she called it.

Now I would love to post for you Owen-appreciators footage from the video I captured of my son going up the down staircase and over the handrail at 7am.  But since he was naked at the time, it hardly seems fair to him.  The Internet is a questionable place. You will just have to imagine his Gollum-like form, stretched out in the half-light.

So, as Owen sometimes says, “Now what?”  Where do we go from here?  We could try locating the new gate to the top of the stairs – but remember Kathie’s concern – would he go right over at the top?? The best results I have ever had managing Owen’s meanderings have been with distraction methods.  The awful pots of schlock to the right of the front stairs, for instance, hold Owen’s cache of stuff and draw his attention from front or back yard. Like a library he borrows and returns items, sometimes expanding the collection. This is my best insurance against him bolting out of the yard to forage elsewhere. It is not foolproof – but it can buy you time.

And so, for the moment I will put a drink and nice bowl of fruit or veggies, or lemons (did I tell you how much Owen loves lemons?) on the table outside his room – or I will set a new bottle to chop and the blunt nosed scissors beside the drawer full of plastic schlock under his bed. This will make the effort of going over the banister much less appealing.  Maybe 30 minutes less appealing…  thirty minutes between 5:30 and 6am is worth it.