Last night as the three of us sat down to dinner, Edward asked, “So Owen, how was your day?” with a conversational hand on Owen’s shoulder. Even weeks ago this remark would have hung in the air, or maybe I might have tried to answer for Owen. But that would have been the extent of that conversation, unless Owen articulated one of his repetitive phrases, like “A robot” or “Gaston” or “Johnny Appleseed.” But more likely Owen would have kept on eating his supper, looking like someone who has no particular interest in anyone but himself, and no interest in anything but his food.

Things have changed a lot around here, in the last month.

I jogged into the the other room to get Owen’s letter board. “Ok Owen, ” I said “You might as well join the family conversation.”  I grabbed a handy capped pen and sat beside him, pressing the pen into his hand and pushing his arm up into neutral starting pose. Owen began to point at letters on the card. I said each letter out loud as he went. (Some typers say that hearing the letters as they touch them helps them to focus their crazy busy minds.)

Oh dear, I thought, “terrible”?  What happened? A few days prior when I asked Owen what happened at his day program, he had spelled out “Nothing.”  How do you feel about that? I asked. “Negtive (sic)” he typed in response.

Owen must certainly have felt the saddened energy at the dinner table. His eyes sparkled. He grinned. He began to laugh. Whaaaat? I stared at him.

Edward burst out laughing. He got us. Classic comedic timing. Saying something unexpected. Leading your audience in one direction, only to reverse on them.  I was giggling til tears rolled down my cheeks, and Owen couldn’t say his part in the blessing that followed because he was so amused with himself. (I can hear Aunt Abigail now, “Oh great. Another smart-ass in the family.”)

Imagine that you are a witty clever guy, who can never say the amusing things you think up.  Imagine that when a method is discovered that will let you “speak,” it is a slow, letter by letter delivery, hampered by your random uncontrolled body movements and compulsive behaviors. That means even though you can now communicate, miraculously, suddenly, you often lose the punchline before you can get it out your fingers. So Owen had to feel good to surprise us like that. A long time coming.

I think I have never been this busy nor as aware of the privilege of being someone’s mother, with a front row seat on the opening of a mind. This summer we have explored history, culture, science facts – what a richness! Owen never got any formal schooling, so it’s all good to him. The old challenges do not just go away – I still have to fight Owen’s uncooperative body ( and possibly his mental anxieties) and fetch him, command him to  come to the table and sit down, and to set down his plastic stuff. This is pretty physically exhausting, and can be hard to understand. I think he wants to learn this stuff, why doesn’t he come? why does he run away to his drawer of plastics? Why does he still collect, chop, and mouth plastics??

It’s hard to help someone if you don’t understand him.  We all mouth the platitude “Don’t judge a book by it’s Cover,” and yet we all do it.  We evaluate things and people by their exterior look all the time. And in this case it’s more than usually hard to do otherwise. My son’s self apparently has two halves:  the guy who yesterday was disputing his mom’s opinion of translation of the Latin religious works of Emmanuel Swedenborg (“I disagree” he spelled out to me, to my great surprise), but today is escaping out the back door to run away and root through the neighbors trash in search of interesting plastic.  Medical minds, professional minds, will want to say to Owen, me and Edward this cannot be true. If a person has intelligence, a person does not display these kinds of behaviors. If a person is cold, he puts on a coat. If he is hot, or thirsty, he indicates as much — of course, right?  Isn’t that where the phrase “Too dumb to come in out of the rain” comes from?

Enter Ido, who can explain everything. Next time I will introduce you to Ido (EE-doh). Ido Kadar, is the author of  Ido in Autismland. I have been reading it all August. It is wonderful. It has helped me to understand Owen so much. What Ido has to say, we all need to hear.

Maybe you should just order your copy, while you wait. Remarkable things (as well as the same old taxing things…) are happening, every day, for Owen. In fact, I see already small changes in Owen’s behavior that suggest a shift. There is hardly any time to write about all we are discovering!  Maybe next time Owen will write you himself. 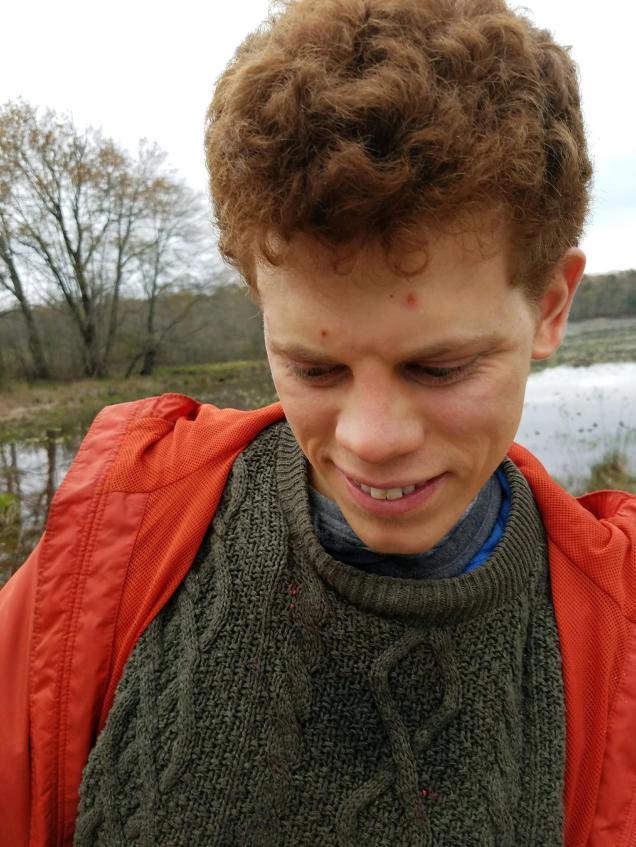