"A person who is severely impaired never knows his hidden sources of strength until he is treated like a normal human being and encouraged to shape his own life.”— Helen Keller

An ad hoc committee of the American Speech-Language-Hearing Association (ASHA) has put forth the following position statement regarding Rapid Prompting Method (RPM) and is asking for formal adoption by its broader community of practitioners:

“It is the position of ASHA that the use of RPM is not recommended.  Furthermore, information obtained through the use of RPM should not be considered as the voice of the person with a disability.”

Here is my open letter to ASHA, in response:

To the Members of ASHA:

I am writing to you with regard to the recent proposed position statement certain committee members have generated toward RPM.

Although this committee has recommended against the use of RPM and stated that any communication made through spelling with this method is suspect, I ask that you read my letter anyway. You see, I am a nonspeaking 16-year old autistic guy using… 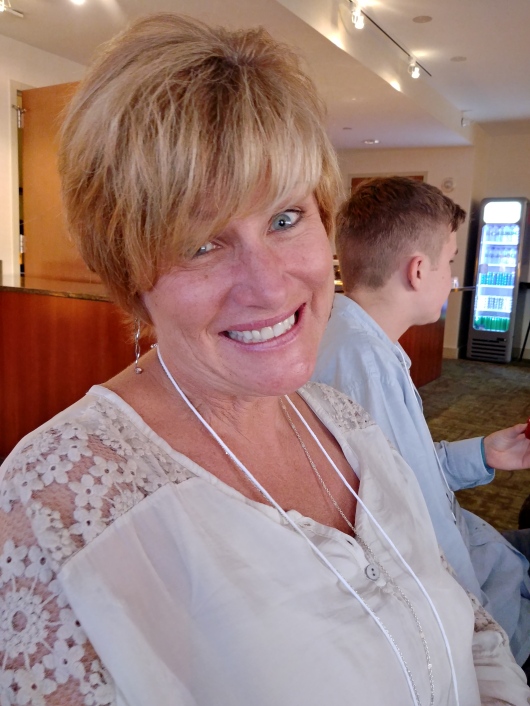 I was at the AutismOne Conference outside Chicago. I had learned days before that the Lanier Weed, the young typer from the iTYPE video would be there (iTYPE), and felt powerfully that I wanted to be there. To see for myself. To talk to other parents. To learn how this typing-to-communicate thing works. We don’t usually think of Owen as autistic, although for a while that world was our world. But it hardly matters. People with all different diagnoses type. When Edward found me a last minute airfare for a reasonable rate and a $95 room at the Lombard Westin that sealed it.

It is hard to describe how it feels to suddenly have a door opened to someone you feel you have always known, yet never known. On both sides, there is fear to step through that door. To embrace a totally new way of knowing and communicating is to step out into the unknown. Joy fights with disbelief. Hope and fear. I know what it is to hope and be disappointed – in people, in business, in medical professionals. I needed that joy desperately and my very need made me skeptical.  The maternal part of me rejoiced, but still struggled to comprehend how the boy who played with plastic and stole the butter could have a mature intellect, if a very scrambled delivery system. The scientific side of me was leary. Although Edward and Freya had typed with Owen, I had still not felt Owen move my hand to type for himself.

Lanier’s video gave me hope. She types freely, on a keyboard, with her mother by her side for emotional support. Surely it must be true. It could be done. We could do it. I watched other videos – a Canadian young woman and her story of typing to communicate (Carly Fleishman). Full of hope then, not to mention joy at having a “mommy escape” weekend, I boarded the plane. 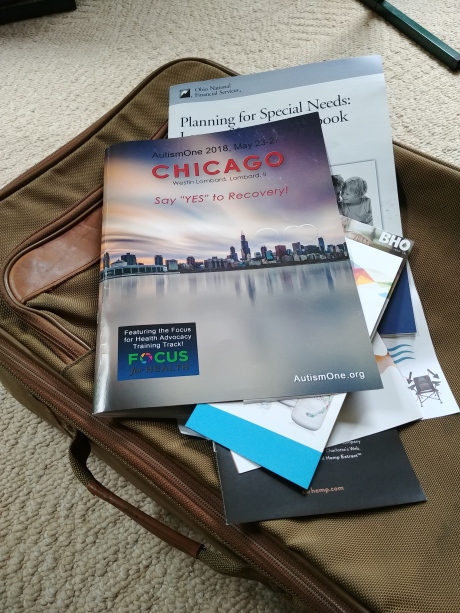 While boarding I received a message from an old high school classmate, a speech pathologist. He had just read my blog post. He had information to share about facilitated communication, he said, and Marilyn Chadwick, “if I wanted to know it.”  I  felt immediately that I did not want to know it. I was genuinely shocked that this particular man would send it. Had he not just read my blog? how excited we were?  how hopeful? Wasn’t it a little late now to “save” me anyway? Did he really think he was doing a good thing to cast doubt over our hopes? Was he suggesting that my husband and daughter would not be able to tell if Owen was moving the pencil to type words? That a speech pathologist of all people would close any possible pathway, however strange sounding, shocked me.  My classmate was offended. I apologized. I turned off my phone, shaken.

When I got to the hotel, I learned that Lanier would not able to attend the convention. She was ill, and could not make the trip. The event was still worth it to me, I decided, but it was very disappointing. Late that night, after an afternoon full of speakers and vendors, I decided to look at the article my classmate sent. It debunked everything I had been learning. In the mind of the writer, and apparently of the larger speech therapy community,  “facilitated communication” was worse than a joke.  It was exposed as an unscientific fraud, dangerously infiltrating the school system. The results were unable to be duplicated. And there was a sex scandal  — a therapist had had a love affair with a man whose speaking she facilitated. I fell asleep trying to sort through the conflicting reports.  I slept very poorly that night.

In the morning I called my daughter. “Mom,” Freya asserted firmly, “it was real. I came home really suspicious. But as soon as I typed with Owen it was clear. That was Owen moving my hand.” It was good to hear that. I decided I could form my own conclusions from the conflicting stories. It was a weepy day.

In the afternoon I sat down next to a blond haired woman for a presentation about probiotics. The woman was Annette Musso. “My son is presenting tonight, at 5pm,” she said.  He felt called to go to events like this one, and spread the word. “I’m not a public speaker, but I have learned,” she said.  She told how unfazed Matteo was by the questions of disbelieving woman at a prior convention, who said if he were really able to type himself, why would he need his mother beside him?  Matteo had typed, “Have you ever been nervous doing something, and needed support?” She and her son had been typing together for two years. He had written books.  After I had finished sobbing on her shoulder and she dried me off, Annette cheerily parted ways. I went to get a nap.

That night I met Matteo Musso. He is thirteen, a petite young man, unable to speak but able to whisper, or to belt out the high pitched keening typical of people with autism. When not typing he paced back and forth compulsively, muttering and smiling to himself.  For their presentation he sat at a table on a well-lit stage, his mother standing beside him holding a clear plastic card with the alphabet printed on it. We watched through the plastic as Matteo moved a pencil eraser from letter to letter, his mother speaking the letter aloud, and then the word after it emerged. Annette paused him at the end of each accumulated sentence to restate it for us. She did not hold his hand or arm. Just the card in front of him.  Periodically Matteo reached across with his left hand to touch hers.

When he had finished his presentation I stood up. I had to thank him, to personally connect with him.  I felt sure that at least part of the reason he was there on that stage that night was for me. But emotion choked my voice. I sobbed out my message of thanks, telling him how we had learned only last week that my son could type,  how I had hoped and then despaired. And how seeing him tonight confirmed the truth of typing to communicate, in the face of the ugly stories. Around me heard others weeping who knew the hope and the pain of my story first hand.

As he took in my words Matteo squinched up his face and covered his ear with one hand. Then he moved his pencil tip across the card to respond —

“WOW. YOUR SON WILL BE SO GLAD YOU DID THIS. SO — GET OUT THE KLEENEX.”

There was more to Matteo’s response, but I was in no condition to write it down. These words are stuck in my memory.

Originally I wanted Owen to be at the Conference too, picturing the benefit to him meeting other typers. But he had responded “no.” I see now how good it was I went away alone. We hired Marilyn Chadwick on the recommendation of a friend, for whose child she had been a turning point.  I did not know anything of the controversy surrounding facilitated communication. But I needed to know about it. And far away in Chicago the states of grief, doubt and fear that I processed could not harm him. Feeling me disbelieving and desperate would have been poisonous, as Owen makes his tentative steps forward. I felt lead through the whole process, from hope through pain, to confirmation of joy again, meeting Matteo.

Back at home, the glow lasted a while, but progress is slow. Owen is a different personality than Matteo Musso, who chooses to type on a stage for people to watch. Owen is coming to typing at 24. If we had begun this with Owen at eleven I wonder how his life might have been different! But although I had read some great stories and watched some great movies, I never really believed Owen to be a deep thinking person trapped in an uncooperative body.  Whether because of his age or his temperament, it is also hard for Owen to trust the new world we are stepping out into. Word by word, phrase by phrase, he has begun to reveal himself. It feels like building a rope bridge across a chasm, plank by plank.

We are figuring out the best time of day to fit this into our lives, the ways to make it comfortable for Owen, how to frame topics and ask questions that are interesting but not threatening.  Owen is not running to the letter card but also seems unhappy if we do not keep a schedule of trying to type. As I always have, I read his body movements, his few words, and try to understand. The whole thing feels precarious. But the only way to go forward is letter by letter, and word by word, hand in hand.